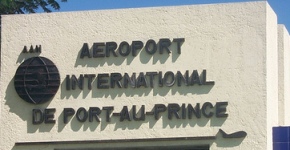 Although Haiti doesn’t get many tourists due to its security situation, it’s surprising that cheap airfare can be found quite easily.

If you depart from Canada, you can catch an Air Canada flight from Montreal to Haiti.

Another alternative route from Europe is flying into the Dominican Republic and then catch a flight to Haiti. Just make sure to arrive in Santo Domingo and not in the resort areas.

Tips to get a cheap ticket to Haiti

Investigate all the possible routes and also look into booking via well known travel operators. They might offer some discounted fares around the peak season.

Book well in advance if you plan to fly during the peak season –Christmas and New Years- and during the high season –January to March. Prices start to go up before Christmas and won’t come down until early-April.

Another good idea is to schedule your flight during mid-week: Tuesday and Wednesday. With so many airlines flying into Haiti daily, this is a good idea to save some money and avoid the crowds as well.