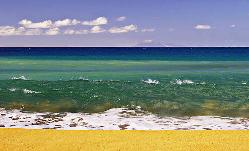 Hit by volcanic activity in the 1990s which led to the total destruction o the capital of Plymouth and made the southern part o the island uninhabitable, Montserrat is now recovering and there’s a new capital being built. A new airport started operations in 2005 and the “Emerald Isle of the Caribbean” is waiting for the travelers to enjoy its beauty.

It’s important to realize that the island is still rebuilding its infrastructure after being hit by both hurricanes and volcanic eruptions. There aren’t any resorts in the sense you’d expect in the Caribbean. Instead, there are small boutique hotels and B&Bs which offer very competitive prices, making the island affordable for pretty much any type of traveler.

While the activities are not included in the packages, most of the hotels will offer the possibility to book tours and activities.

>>more information on Hotels and Resorts in Montserrat

Brades is the island’s de facto capital (the government was moved there). Plymouth, the official capital, is abandoned. At its time of glory it was the largest settlement on the island and was home to the most shopping and services on the island.

The most important attraction on the island is the volcano. Go to the Jack Boy Hill and there’s an observation deck which offers views of the old airport being covered by ash. The continuous eruptions are expending the island and depending on the volcano’s risk it’s even possible to check out the old capital and pass through the abandoned villages and fields.

The beautiful natural scenery is perfect for long or short hikes. The tropical forests are zigzagged by trails, which can be explored on your own but a guide is always a good idea.

The beaches on the island are quiet and you’ll be amazed to realize that most often you are actually alone on the beach. Enjoy!

Snorkeling and scuba are amazing here as the island is surrounded by reefs. Other activities include deep sea fishing and horseback riding.