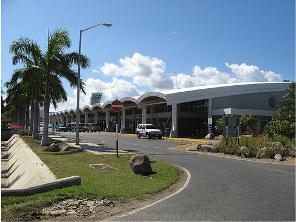 British Virgin Islands proves to be a rather challenging destination when it comes to finding affordable flights. The airport on Beef Island is small and can’t accommodate big planes.

Beef Island Airport (EIS) is the main airport but unfortunately it’s not big enough to accommodate big planes needed for long-haul destinations. Hence there is the need to make a stop in Puerto Rico and then take another flight to the islands.

If you depart from Europe, you should fly into Antigua. Both British Airways and Virgin Atlantic fly into Antigua from London. Once on Antigua, catch a smaller plane to fly into the Beef Island.

Tips to get a cheap ticket to British Virgin Islands

Especially if you fly from Europe, you’ll need to make two stops (London and Antigua) to get to the British Virgin Islands; which would prove to be rather costly.

If you fly from US, the ticket is cheaper but you can save even more if you do the following:

Also try to avoid the peak season –Christmas and New Years –as well as the high season –January to March. A good idea is to fly during the shoulder season- early December and early April – so that you can catch both the cheaper flights and the nice weather.

If possible avoid the weekends and fly mid-week (Tuesday and Wednesday).

Especially if you want to fly during the peak season, book well in advance.