Simple Cuisine: The Caribbean and Beyond 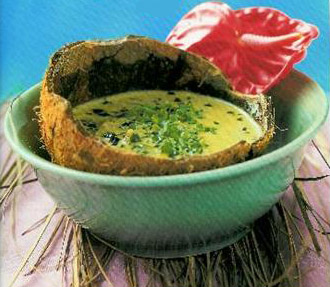 Simple Cuisine: The Caribbean And Beyond is a new Caribbean cook book by a man named Herbert Henry. I haven’t actually seen this cook book up close and personal, but I’ll pass along the information for those of you who have fallen head over heels in love with Caribbean cuisine and would rather donate your dollars to a worthy cause than help fatten the pocket books of the publishing industry giants. Interestingly, this book was created by a father to help his sick daughter. What kind of cook book has that kind of history?

Here is the story, paraphrased from the press release:

In March 2005, a young lady of sixteen, fell ill with unbearable pain all over her body including painful swelling around her nose and eyes. Her parents, new restaurant owners living in the Caribbean, were forced to close their business in order to take her to the United States for treatment. The girl was diagnosed her with an auto immune disease, Dermatomyositis, at the Connecticut Children’s Hospital. Within months she lost mobility and was confined to a wheelchair.

The girl was then taken to Shriners Hospital for Children in Boston, where after weeks of rehab she regain partial mobility. She has suffered several relapses, and is unable to care for herself. Dermatomyositis is a severe connective tissue disease, characterized by inflammation of the muscles and skin. The cause for this illness is unknown, though treatment is promising with remission a possibility. Henry’s daughter is currently being treated in Connecticut, where she being cared for by both parents. The family is in crisis, the funds have ran low, but they are not giving up on her.

Pretty heavy, huh? Henry, the father and former restaurant owner, decided to write a cook book using his culinary skills to help raise money to treat his daughter, as well as to serve as a catharsis to take his mind off his daughter’s illness. So began Simple Cuisine. A percentage of the proceeds from this book will be donated to a charity for children with ailments such as Dermatomyositis. The name of the charity was not provided, however.

Simple Cuisine: The Caribbean And Beyond provides you with a main stream guide to Caribbean cooking with a creative flare, while offering readers an opportunity to give to a worthy cause.

Is it a true story? I really have no idea. You can order the book through the self-publishing website Lulu.com