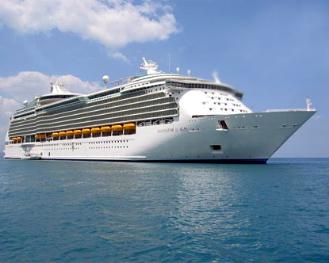 Royal Caribbean has announced their summer and fall cruise schedule for 2009, departing from various points throughout the northeast. It’s never too early to start planning your cruise vacation, so have a look at the following if you suspect you’ll be up for some sun and relaxation next year. With these cruises, you won’t even have to fly to Miami to get on the boat.

Sixty-six sailings will depart from New York, Boston, Baltimore and Norfolk in 2009, offering you 17 various cruise opportunities to Canada and New England, Bermuda and the Caribbean. With every Royal Caribbean cruise, guests receive complimentary room service around the clock, musical productions and entertainment for the kiddies. Bookings for these cruises are available now.

“Royal Caribbean continues to offer close and convenient homeports for vacationers in the Northeast United States,” said Alice Norsworthy, senior vice president, Marketing, Royal Caribbean International. “Explorer of the Seas will begin its third consecutive year of year-round service from the New York metropolitan area, and Grandeur will be the only ship to offer Bermuda and Caribbean getaways for Mid-Atlantic vacationers from Norfolk’s new cruise port, Half Moone Center. With three ships sailing from four Northeast ports, including Boston and Baltimore, vacationers have a wide array of options for an invigorating Royal Caribbean cruise.”

Three ships are available from the Northeastern gateways, including the Explorer of the Seas, Jewel of the Seas and Grandeur of the Seas. The Explorer, as a voyage size ship, offers crazy amenities like an ice-skating rink, basketball court, rock climbing wall and the Royal Promenade shopping district. Now that’s a big boat! Passengers aboard the Jewel of the Seas will enjoy the 10 story glass Centrum, glass elevators facing the sea and more outside cabins than any other ship in the Royal Caribbean fleet. The Grandeur of the Seas offers a smaller, more intimate experience, without skimping on the amenities.

Vibrant Kaleidoscope of Canada and New England Colors and Cultures

Royal Caribbean is offering 15 Canada and New England cruises from June to October 2009.

Royal Caribbean will offer trips to Bermuda and the Caribbean in 2009 with two ships, Explorer of the Seas and Grandeur of the Seas.