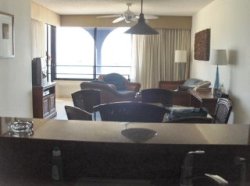 The Dutch side of the island is more developed and hence the place where you’ll find most of the fancy hotels. However, don’t underestimate the French side either, mostly because here you can find the budget places to sleep and more traditional European hotels.

December to May is considered the dry season, while June to November is the wet season. But rain can come in any season. Thankfully the showers don’t last long and are quickly followed by clear skies. Average temperatures on the coast range between 72 and 86 F, while inland they range between 66 and 81 F. The chances of being hit by hurricane are really low.

The peak of the season is represented by Christmas and New Years, while the top season extends until April. It’s a good idea to visit the island during summer especially if you plan on saving some money.

Located on Orient Beach, the hotel is right on a beautiful unspoiled beach. Right near the hotel there is a club where plenty of water sports are available. Some activities are also available on the hotel’s beach. The rates in November (beginning of high season) range between US$140.00 per night for a single/double standard room and US$270.00 per night for a Quadruple Deluxe Suite (sleeps 4).

Also located on Orient Beach, this small hotel offers only 28 suites. Water sports and fitness room are available for the guests. In November prices range between US$169 per night per superior garden view room and US$213 per night per deluxe bamboo suite.

The hotel is located on Nettle Bay and offers studios and duplexes. There are two pools for the guests to use. All suites have a kitchenette, TV and AC. In November rates vary between €63.76 per night for a standard garden studio (sleeps 1 or 2) and €108.54 per night for a superior deluxe (sleeps 1 to 3).