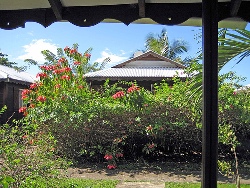 Most of the hotels and resorts on the island are located outside the cities, although cities also offer quite a lot of options. One thing is for sure though: all hotels offer stunning views and romantic atmosphere.

Just like the entire Caribbean zone, Dominica has a tropical climate, with two seasons. The weather is moderated by the trade winds but heavy rainfall is really common during the wet season from June through November. Also, hurricanes are quite common during this season.

The peak season is represented by Christmas and New Years, but the prices are at their highest until at least end of March.

If you plan to save some money while vacationing in Dominica, plan to arrive either in early December or early April when prices are lower.