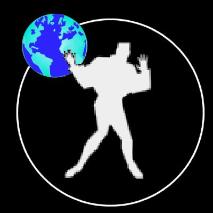 I used to think the Earth revolved around me, but today I found out it actually revolves around golfer Greg Norman. Greg, set to marry former tennis star Chris Evert, managed to arrange a no-fly zone over Paradise Island, the Bahamian island that is home to the exclusive One and Only Ocean Club. How do you get such a sweet deal? Simple. Just have lots of money, enough to foot the bill of the $10,000 per night villa at the resort, and invite all of your V.I.P. celebrity and political friends to the celebration.

The ban evidently came as a shock to local aviation companies, all of whom were inconvenienced by Norman’s nuptials. Authorized by the Bahamas Department of Civil Aviation, all aircraft are banned from flying over or near the island for a 29 hour period, ending tonight. And the punishment for ignoring the ban is no slap on the wrist. Violators can actually be jailed. It doesn’t appear that local charter companies were compensated for grounding their aircraft for the weekend.

Vacationers and locals were harassed by security guards on the property adjacent to the resort. I can’t imagine having my vacation disrupted just because some guy invited Bill Clinton and George Dubbya Senior to his wedding.