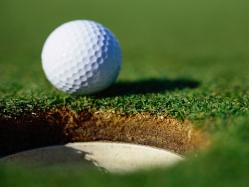 Once Fidel goes, Cuba will turn in to Little Miami. I’ve said those words time and time again. Well, while the borders between Cuba and the United States are still closed, that seems to be exactly what’s happening on the island. Investors from Canada and Europe have their eye on Cuba for new developments, with gated communities with luxury hotels, villas and condos surrounding 18-and 36-hole golf courses near beach resorts across the Caribbean island. It sounds like my version of suburban hell.

Many of these aren’t new plans, they’ve been on the back burner with the hope Fidel’s replacement would warm to the idea. There are now at least 10 golf resort projects in the works in Cuba. Presently, there is but one nine hole course in the whole of Havana.

Why the sudden interest in golf? Because of the thriving tourist trade. Tourism is a $2 billion a year industry in Cuba, despite the banning of U.S. citizens. Real estate experts believe golf is the answer to Cuba’s future tourism revenue, as golf resorts can be found on similar islands throughout the Caribbean.

Interestingly enough, the article points out that Castro was only known to play the game of golf one time, way back in March 1961 with the legendary Che Guevara. He sported military fatigues and boots, which is really weird.

It all sounds to me like a great reason to visit the country before the borders are opened.