Going to a Baseball Game in the Dominican Republic 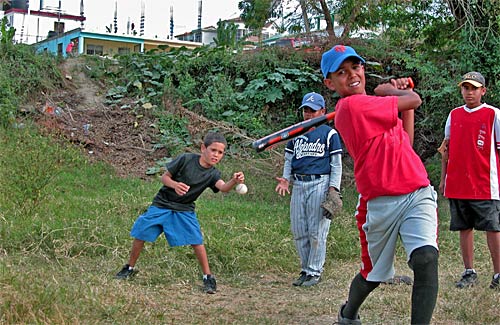 It’s hard to walk through the streets of any town or city in the Dominican Republic and not see the influence of baseball—people playing pickup games with sticks on the beach, impromptu batting practice on neighborhood streets, little boys jogging in formation in baseball jerseys. Young baseball talent ripens all over the Dominican Republic, which is a starting point for more than 100 players now active in the U.S.’ major leagues — including such stars as the Dodgers’ Manny Ramirez and the Angels’ Vladimir Guerrero. In the D.R., the game is a way of life that began in the 19th century when Cubans, fleeing war at home, brought the game to their West Indies neighbor. As soon as you step off the all-inclusive resort you’re bound to see the influence of baseball on Dominican culture whether its in the form of pickup baseball games or in the abundance of Major League baseball caps and jerseys on the locals.

History of Baseball in the Dominican

1866-1907: Baseball was first introduced in the Caribbean in the mid-19th century by U.S. sailors who transported sugar to the then Spanish colony of Cuba. Baseball first came to the Dominican during the 19th century when Cuban refugees fleeing their island during the Ten Years’ War migrated to the Dominican, bringing with them the game of beisbol. The game caught on quickly and by 1890, the first Dominican professional league was founded. In 1907, as the game began becoming more and more popular, the Tigres del Licey were founded in the capital of Santo Domingo (the Tigres are still the team in Santo Domingo).

During the Trujillo era: Dictator Rafael Trujillo ruled the country from 1930-1938 and again from 1942-1952 and during this time baseball continued to become an even more of an integral part of the culture. While Trujillo terrorized and brutalized his citizens, he also undertook many public works projects, which included building several baseball stadiums. In a time when African Americans were still banned from playing professional baseball in the United States, many U.S. nationals like Satchel Paige came to the Dominican to play professionally in the DR, establishing a tradition of U.S. major league players coming to the Dominican to play in the winter league.

1951: the modern Dominican League was founded and during the 1955/1956 season, the season was moved from Summer to Winter—which allows Dominican players to play in both the U.S Major Leagues AND the Dominican winter league. 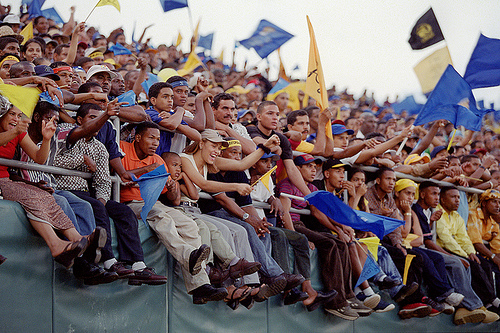 Today: Currently two teams dominate the league—the Tigres del Licey from Santo Domingo and the Aguilas Cibaenas from Santiago (the second largest city in the Dominican). These two teams have won 16 of the last 17 titles. The league (especially these two teams) also attract many top players from the Major Leagues—both Dominican nationals and non-Dominicans.

The Dominican teams also tend to fare very well in the Caribbean World Series, a playoff event that pits the best baseball teams from around the Caribbean and Latin America.

Going to a Baseball Game in the Dominican 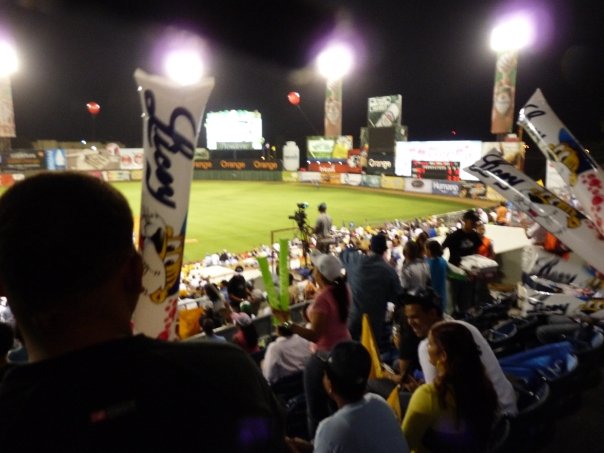 If you find yourself in the Dominican during the Winter League season, you should definitely consider going to a baseball game. For American baseball fanatics, a trip to the Dominican Republic might be like going to baseball heaven, with good cigars and lots of sunshine, But, whether you are a baseball fan or not, these games in the Dominican are as much about the cultural experience as the game being played. In the D.R. baseball is more than a mere pastime, but rather a way of life.

While some may think that being at a baseball game in the Dominican might be similar to going to a Major League game in the U.S., this just isn’t the case. Imagine an important rivalry game in the U.S. (like Yankees versus Red Socks) and multiply it by ten, add in fanaticism and sprinkle it with a dousing of rum and you have a Dominican game.

Through 9 innings, fans wave flags, scream, show up with painted faces, clap and have a great time. And, unlike in the U.S. where you may find yourself shelling out an exorbitant $9 for a beer, spectators in the Dominican drink rum from plastic bottles—which as you can imagine just makes the cheering all the more boisterous as the game continues.

How to get tickets 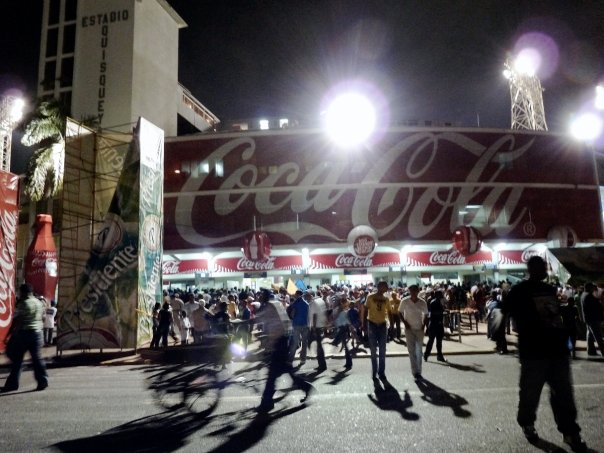 Because of the favorable exchange rate ($1 = 35 Dominican pesos), attending a baseball game in the Dominican shouldn’t cost you more than $10-$20. However, to get tickets at these prices you must go the to stadium ticket windows at 9 am on game day. Fans usually start lining up at these ticket offices starting about an hour prior to their opening (at 9 am), and as long as you show up before or at 9 you shouldn’t have too problems getting a ticket.

While it is common and easy to buy tickets to baseball games in the U.S. online, don’t expect to be able to do this for Dominican games. Unfortunately, there is no real way to secure a ticket without being there in person.

Tips to getting Tickets

Going to a Game in Santo Domingo 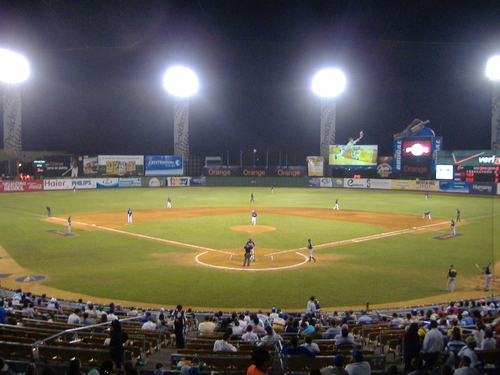