Getting from San Juan to Vieques 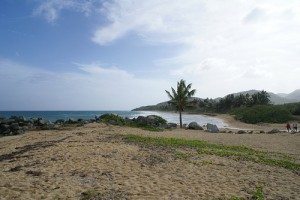 San Juan is the capital of Puerto Rico . It is the oldest city under the United States dominion and features century-old architecture such as the Spanish military forts. Old San Juan is a pleasure to explore , while the beaches attract tourists wanting to soak up the sun.

Vieques is a small Caribbean Island, belonging to Puerto Rico. It is located about 22 miles from Puerto Rico and has a distinct rural character.

>>read more about Things to do in Puerto Rico

The cheapest way to travel from San Juan to Vieques is by bus and ferry via Fajardo. Yes, it means you’ll be traveling for quite a lot (6 h 15 min excluding the transit time) but the round trip cost is under US$20 per person.

San Juan is served by Luis Muñoz Marín International Airport (SJU) and is hub for Air Sunshine and Cape Air. It handles flights to/from North America, other countries in the Caribbean , Europe and Central America.

Vieques is served by Antonio Rivera Rodríguez Airport (VQS) and is hub for Vieques Air Link. Because tourism plays an important role on this island, the airport tends to get quite busy.

In mid-June 2012 expect to pay from US$109 one way on Cape Air. Return flights start at US$211 on the same airline. If you book in advance, you can expect the same fares during the high season, too.

>>book a flight to Puerto Rico

Ferry from San Juan to Vieques via Fajardo

From Fajardo, take the ferry to Vieques. The ferry trip takes 1h 15 min and the cost is US$4 round trip. You cannot purchase the tickets online. The only way is to show up in the port several hours before departure and get a ticket. There are four ferries per day from Fajardo (9:30 a.m., 1 p.m., 4:30 p.m. and 8 p.m.).