Flights to US Virgin Islands 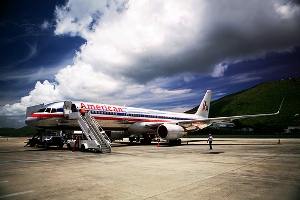 US Virgin Islands are among the most popular islands in the Caribbean. However, it can get a bit challenging to find cheap airfare into the islands. A bit of research can help you get cheaper flights though.

There are two airports here:

Both receive direct flights from the major airlines. If you depart from US, American Airlines often has the lowest fares either from Miami or from their Caribbean hub in Puerto Rico. US Airlines, Delta and Continental also offer competitive prices.

>>more information on Getting from Puerto Rico to St. Thomas

If you depart from Europe, you can fly directly from London. However, it can be cheaper if you fly into one of the major hubs, such as Puerto Rico or St. Maarten , and the catch a local flight.

Tips to get a cheap ticket to US Virgin Islands

Check flights into both airports because it’s very easy to navigate between the islands once you are here. The cheaper alternative is always the ferry so don’t be afraid to do some research.

Avoiding the peak and high season – from Christmas until end of March – will save you some money as well. Book your flight during the shoulder season: early December and early April.

If you come on a short notice, plan to fly during mid-week (Tuesday and Wednesday).