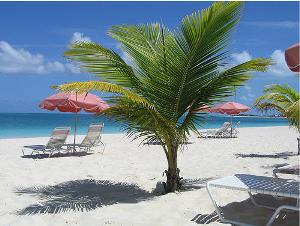 Turks & Caicos Islands have started to gain popularity in the last decade and the tourist industry is picking up, making it quite easy to find cheap plane tickets.

If you depart from US, you can catch one of the American Airlines flights either from Dallas or Miami. Continental and Delta also offer direct flights from Atlanta. US Airways flies into the islands from Charlotte and Philadelphia.

If you depart from Canada, you can catch the Air Canada flights from Montreal or Toronto.

During the season there are several charter airlines which fly into the islands, particularly from Canada: CanJet, SkyService and WestJet.

Tips to get cheap ticket to Turks & Caicos

Prices start to climb the week during Christmas and won’t lower until end of March, when the high season ends. Since the islands are very popular for their resorts, that clearly influences the plane tickets’ prices during the peak and high season. If you want to avoid the high fares, book your flight for either early December or early April. But no matter when you choose to come, book your flight well in advance.

If you some flexibility you should look into flying mid-week (Tuesday and Wednesday) as opposed to the weekend, especially if you fly on a short notice.