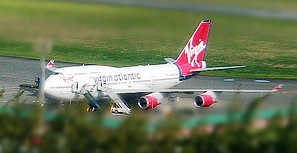 St. Lucia is a small and pretty remote Caribbean island. However, it’s quite popular among tourists, has a nice resort are and two airports. Finding cheap airfare is possible but sometimes a bit tricky, especially if you fly from Europe.

If you depart from Canada, you can catch a direct flight on WestJet from Toronto. AirCanada offers direct flights from Toronto into St. Lucian, two times per week during the season (December to April) and one per week otherwise.

Several local airlines fly into St. Lucian as well but generally the fares are higher.

Tips to get a cheap ticket to St. Lucia

If you want to come during the peak season – Christmas and New Years- or high season –January to March – it’s best to book well in advance. Generally the prices start to climb the week before Christmas and won’t stop the trend until end of March. You can fly cheaper during the shoulder season: early December and early April.

If you come on a short notice, try to book your flight in mid-week (Tuesday and Wednesday) rather than during the weekend, when the flights book up faster.