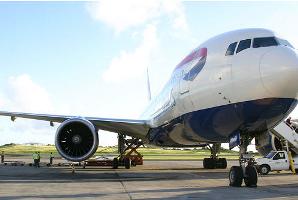 Grenada is a very popular stop for the cruise ships. Unfortunately that hasn’t help with the airfare: it’s rather high and there aren’t too many airlines flying into the country.

If you are flying from US, you can choose only American Airlines. They offer flights via Puerto Rico , on their American Eagle subsidiary. Luckily Puerto Rico can be easily reached from any major US city.

If you fly from Canada, there is a directly flight to Grenada from Toronto on Air Canada.

Departing from Europe means you can catch a flight from London either on British Airways or Virgin Atlantic. Alternatively you can fly from Frankfurt on Condor.

Tips to get a cheap ticket to Grenada

Local airlines offer flights between the Caribbean islands, but generally the best prices can be found via the major airlines.

If you plan to visit Grenada during the peak season – Christmas and New Years- make sure to book well in advance. Shoulder season –early December and early April –offers slightly lower fares than the high season (January to March).

If you have some flexibility try to fly mid-week –Tuesday and Wednesday- rather than during the weekend, especially if you are coming at the last minute.