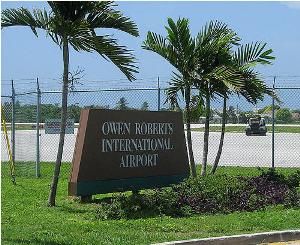 Cayman Islands represent one of the popular Caribbean destinations, which makes it really easy to find cheap airfare. A couple of major airlines have frequent flights into the country and several other smaller ones also offer flights.

Owen Roberts International Airport (GCM) is the main airport in the country, located on Grand Cayman, near George Town.

If you depart from US, American Airlines offer most of the flights into the country from Miami. Generally they have the lowest fares. Continental offer regular flights from Huston while Delta offers flights from Atlanta into the Cayman Islands.

If you depart from Canada, you can catch an Air Canada flight from Toronto.

If you depart from Europe, catch the British Airways flight from London.

Several other smaller airlines offer flights both from US and Europe but the fares are generally higher.

Tips to get a cheap ticket to Cayman Islands

With that many airlines offering regular flights into Cayman Islands, it’s quite easy to find cheap seats.

Here are some tips to find cheap airfare to Cayman Islands: