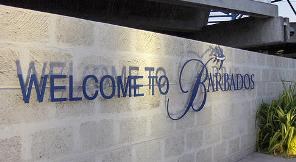 Sir Grantley Adams International Airport (BGI) located in Bridgetown is the island’s most important international airport and which receives the bulk of the flights.

If you fly from the US, you should know that American, Delta and United all fly directly into Barbados. Virgin Atlantic and Air Canada also offer direct flights into Barbados.

If you depart from Europe, you can catch a British Airways flight. XL Airlines also offers cheap flights to Barbados from several destinations in Europe –UK, France, Ireland and Germany- as well as from Australia.

There are a lot of cheap flights to Barbados from most of the major European and US cities, although sometimes you might need to make a stop in Miami or New York.

Tips to get a cheap ticket to Barbados

With that many airlines flying into this small island, it’s quite easy to find cheap tickets to Barbados.

Here are some tips to find cheap airfare to Barbados: