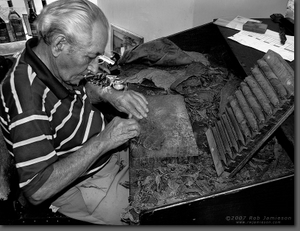 Cuba is a fascinating and exotic place for those of us from the United States who have been banned from its shores for more than four decades. It’s like the Bali Ha’i of the Caribbean. Before that time, it was a playground of the wealthy – a paradise for gamblers. Cuban cigars are, of course, the best known cigars in the world and a big draw. I know absolutely nothing about cigars, but I had occasion to try one once and it was nice. Cuba lies only 90 miles from Key West, but for most Americans it may as well be on another planet. There are many reasons to visit Cuba before Castro dies and the country again becomes little Miami, including visiting the fascinating colonial city of Havana. If you’re a sports fan, Cuba is a baseball lover’s dream.

Spanish is the official language of Cuba, but most people working in the tourist industry speak some English. If you plan to visit, it may not be a bad idea to take a phrase book and dictionary along.

The official currency of Cuba is the Cuban Peso. Currency exchange from US dollars in Cuban Pesos will be subject to a 10% charge, but if you’re exchanging Canadian dollars, Euro, UK pounds and Swiss Francs you will incur no fee. To find out about converting other types of currency, visit our currency converter.

Visa, Thomas Cook & American Express Travelers’ checks and Visa & MasterCard credit cards are accepted, but must be drawn on Canadian Banks. So if you’re American, plan to take enough cash to last the trip.

With tourism as the country’s numero uno industry, hotels and accommodations are plentiful in Cuba. Budget hotels and hostels are available throughout the country.

Mmmm Cuban food. Anyone who has had occasion to visit South Florida has had a little taste of the Cuban delights. Expect spicy food with plantains and black beans as staples. Havana Club rum is FANTASTIC in a Cuba Libre (Rum and Coke). I wish the entire trade embargo with the U.S. would end just so I could import this beverage. And did you know the popular drink, the mojito, originated in Cuba?

Cuba celebrates Christmas and Easter like other Christian nations, but it also celebrates some interesting holidays. They all sound pretty hard core and political to me.

Liberation Day. Anniversary of the Triumph of the Revolution (January 1)
International Workers’ Day (May 1)
Festivities for the Day of National Rebellion (July 25 – 27)
Anniversary of the beginning of the Independence Wars (October 10)

You cannot fly to Cuba directly from the United States, and travel to the country is banned for U.S. citizens unless you are a politician, journalist or have a research project regarding Cuba. That being said, if you choose to make the trip there are easy connections from Canada and Mexico, as well as from several of the islands such as the Dominican Republic and the Bahamas. As a matter of fact, you can even fly to Havana directly from London’s Gatwick Airport.

Taxis are easily available in Cuba, as are car and motorcycle rentals.

Be sure to keep 25 pesos for your departure tax when you leave the island.

Cuba’s electricity is 110 volts, 60Hz, but most hotels and resorts have 220 volts as well. Electrical outlets take flat plug prongs, like in the U.S. and Canada.

Of course you can visit stunning beaches, Salsa the night away and meet a latino hottie while you’re in this island paradise, but Cuba has a lot more to offer as well. History buffs will love to learn about the tumulus history of the nation, as well as a behind the scenes look at the life and career of Che Guavera. Havana is home to some of the best preserved, beautiful architecture dating from the colonial period which is a big draw for architecture fans. Cuba is the baseball mecca of the Caribbean, and offers much for sports fans to experience. Finally, just soaking up the music, food and culture is truly an experience not to be missed.

>>more information on the History of Baseball in Cuba

And what do you know? BootsnAll Travel Network, the parent company of the Caribbean Logue offers a whole host of Cuban Adventure Trips for those of you who don’t want to go it alone.