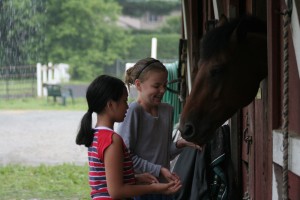 The tourism people in the Cayman Islands have a great deal for disadvantaged inner-city youth in the New York City area with the Fresh Air Fund. The only thing you generally hear about in the Caribbean islands are the expensive hotels and tourist packages. It’s nice to hear about a program that is actually doing some good.

The Fresh Air Fund allows kids from 10 to 12 a chance to stay with host families in the Cayman Islands. The children will be on the island from July 28 to August 3 this year, taking advantage of some of the exciting activities the Caribbean has to offer. This program is sponsored by a partnership among the Cayman Islands, Cayman Airways and The Fresh Air Fund. The program commenced last summer to commemorate the June 2007 launch of Cayman Airways’ non-stop route from New York’s JFK Airport to Grand Cayman. So, it’s still a promotion for a tourist deal, but at least the kids are benefiting from the advertising.

What is this Fresh Air Fund? According to the press release:

The Fresh Air Fund is an independent, not-for-profit agency that has provided free summer vacations to more than 1.7 million New York City children from low-income communities since 1877. The Fresh Air Fund adolescents headed down to Cayman were selected by the organization based on their achievements, their willingness to succeed, and their history with the organization.

Last summer, the first year the program was available in the Cayman Islands, eleven teens spent a week in the islands. During the day, they took in the attractions like Stingray City, Boatswain’s Beach, Pedro St. James historic site, and the Queen Elizabeth II Botanic Park. They kayaked through the mangroves, snorkeled, and even took a day-trip to Cayman Brac, where they experienced the Parrot Reserve and Cayman Brac Heritage House and museum. In the evenings, the group got to know the real Cayman culture, from family life to cooking traditional dinners.

Very nice. Those kids definitely need to see something other than the city streets as they grow up. Maybe if they took kids from Newark, my roommate’s car wouldn’t have been nearly stolen the other night.

Check here for more information on the Fresh Air Fund.